Less than half of these people are on medication, however, and only about half of this group have their blood pressure under good control with such drugs.

Older people are less likely to be treated adequately. The majority of people with high blood pressure have a mild type, but even this condition requires attention.

Age is the major risk factor of hypertension.

Blood pressure increases with age in both men and women, and in fact, the lifetime risk for hypertension is nearly 90%.

Two-thirds of Americans over age 60 have hypertension. Older women (60 years and above) currently have the highest rates of hypertension, and mortality rates from hypertension are higher in women than in men.

Hypertension is also becoming more common in children and teenagers. Compared to Caucasians, African Americans have 1.8 times the rate of fatal stroke, 1.5 times the risk for fatal heart disease, and 4.2 times the rates of end-stage kidney disease.

In general, about 34% of African American men and women have hypertension; it may account for over 40% of all deaths in this group.

The prevalence of high blood pressure among African Americans is among the highest in the world.

The rates of hypertension in Hispanic Americans, Caucasians, and Native Americans are about equivalent (ranging from 24 – 27%).

The rate is much lower in Asian/ Pacific Islanders (9.7% in men and 8.4% in women). However, nearly 75% of older Japanese American men are hypertensive. Cleary, ethnicity is a risk factor for high blood pressure.

Why is Their a Difference in High Blood Pressure Among Ethnicities

A number of theories have addressed the reasons for this difference: In any case, hypertension appears to be dangerously undertreated in major minority groups.

Inadequately controlled hypertension is the major factor for the higher mortality rate from heart disease among African Americans, and special treatment considerations need to be addressed in this population.

A treatment consensus statement released by the International Society on Hypertension in Blacks (ISHIB) advises that many African Americans may need at least two medications to help lower their blood pressure.

Effects of Weight on Blood Pressure

About one-third of patients with high blood pressure are overweight. Even moderately obese adults have double the risk of hypertension than people with normal weights.

Moreover, the increase in blood pressure in aging Americans may be due primarily to weight gain. (In other cultures old age does not necessarily coincide with weight gain or high blood pressure.)

Experts think that thin people with hypertension are likely to have conditions such as an enlarged heart or stiff arteries that cause the blood pressure to rise and also pose greater dangers to health.

Low Birth Weight. Low birth weight, particularly in girls, has been associated with high blood pressure in both childhood and adulthood.

One study suggested that breastfeeding these babies may help reduce this risk.

Another study reported high levels of stress hormones in babies with low birth weight, which could increase the risk of high blood pressure later on. Low birth weight is also associated with subsequent obesity, a major contributor to hypertension. Up to 75% of cardiovascular problems in people with diabetes may be due to hypertension. There are strong biologic links between insulin resistance (with or without diabetes) and hypertension.

It is unclear which condition causes the other. Some experts believe angiotensin may be the common factor linking diabetes and high blood pressure.

This natural chemical not only influences all aspects of blood pressure control but also interferes with insulin’s normal metabolic signaling.

People with diabetes or chronic kidney disease need to reduce their blood pressure to 130/80 mm Hg or lower to protect the heart and help prevent other complications common to both diseases.

Lowering systolic pressure may be particularly important for people with diabetes.

Studies suggest that spouses of people with high blood pressure are at a much higher risk as well. Such findings indicate that dietary and environmental factors play a role in this disease.

Some evidence also indicates that higher risk in spouses may be due to people often choosing mates who are similar to them. Family History and Genetics.

Essential hypertension may be inherited in 30 – 60% of cases. According to one study, being a brother or sister of someone with premature coronary artery disease is a greater risk factor for hypertension than having a parent with the disease.

A family history of heart disease is considered to be a major risk factor for high blood pressure in adults under age 65.

Atherosclerosis is a common disorder of the arteries.
Fat, cholesterol and other substances collect in the walls of arteries. Larger accumulations are called atheromas or plaque and can damage artery walls and block blood flow.
Severely restricted blood flow in the heart muscle leads to symptoms such as chest pain.

People who are anxious or depressed may have over twice the risk of high blood pressure than those without these problems.

Mental Stress. Recent evidence confirms the association between stress and hypertension. In one 20-year study, men who periodically measured highest on the stress scale were twice as likely to have high blood pressure as those with normal stress.

Anxiety. Studies suggest that anxiety is a risk factor for hypertension, particularly in women.

Depression. Mounting evidence suggests that depression has physiological effects that impair the heart and that it contributes to destructive behaviors, such as weight gain, smoking, or alcohol abuse.

In one study, those who scored highest on a depression test had about twice the risk of high blood pressure as those with the lowest score.

This link was particularly strong in African Americans. Depression was the strongest risk factor in this group.

Blood pressure levels tend to be lowest during the morning and midday hours and highest at the end of the day.

Blood pressure readings can vary by as much as 40% depending on the time of day and season. 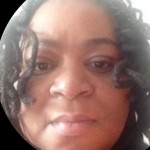